This content is current only at the time of printing. This document was printed on 22 January 2021. A current copy is located at https://apvma.gov.au/node/27316

We apologise for any inconvenience caused.

There’s been a growing number of reports in the media about the emerging threat of antibiotic resistant super bugs. A scary thought that continues to trouble health practitioners and scientists alike. But how is the APVMA part of the discussion?

As a regulator of veterinary medicines, the APVMA has a key role to play in the responsible regulation of antibiotic medicines for animals.

We recently commissioned a report into the global emergence of antimicrobial resistance. The Antibiotic Resistance in Animals report reviews the current status of antibiotic resistance in animals in Australia and describes the important role the APVMA plays in limiting the inappropriate use of antibiotics for animal health in Australia.

The report, endorsed by both Australia’s Chief Medical and Chief Veterinary Officers, emphasises a One Health approach, involving human, animal and environmental health sectors to reducing the spread of antibiotic resistant bugs or ‘super bug’ as they’ve come to be known.

It was less than a century ago that Alexander Fleming discovered how an obscure mould on a glass plate in his laboratory could kill bacteria.

Nicknamed the ‘wonder drug’ penicillin heralded the dawn of the antibiotic age. It’s difficult to imagine but before penicillin, a simple scratch while pruning your roses could kill you if it became infected. By 1944, with American laboratory help, the antibiotic drug was mass produced and saved the lives of tens of thousands of war injured. Since then it and its derivatives have saved millions of people globally.

But within four years of penicillin’s introduction as a therapeutic, infections resistant to the drug were beginning to appear. While new antibiotics were also successful for a few years, the bugs soon developed resistance to them too. The problem is antibiotics have been overused and over-prescribed for many years, even for illnesses they can’t treat anyway.

Antibiotics have also been used by vets to treat animal diseases and by farmers as feed additives because one of their side-effects promotes growth in animals. Over time strains of bacteria have become resistant to more than one class of antibiotic and doctors and vets are struggling to cope with the impact. And now, for the first time, practitioners are encountering bugs resistant to almost everything in our antibiotic arsenal.

Antibiotic resistance in animals – a report for the APVMA provides important best practice guidance and a science-based approach that will inform the APVMA as it looks at ways of helping reduce antimicrobial resistance in humans through its regulation of agricultural and veterinary chemical products. 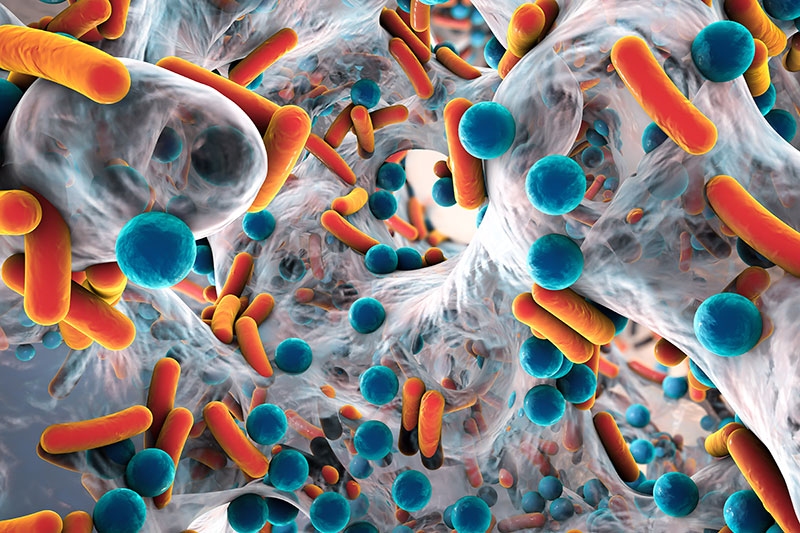