This content is current only at the time of printing. This document was printed on 22 January 2021. A current copy is located at https://apvma.gov.au/node/28056

We apologise for any inconvenience caused.

In a previous post I talked about some of the emerging methodologies with potential for use in predicting chemical toxicity being watched by regulatory scientists around the globe.

Here I will go into more detail about some of those of particular interest to the Australian Pesticides Veterinary and Medicines Authority's work—toxicogenomics, in silico and organ-on a chip.

Historically, using animals to test the toxicity of chemical substances has been a necessary and understandable regulatory requirement in the development of chemical products.

However while such testing has allowed great advances in the improvement of human health, the notion of using test animals has become ethically unacceptable to increasing numbers of people. This has led to the emergence of alternative testing methodologies like toxicogenomics.

Toxicogenomics is a discipline that specialises in gathering, researching and understanding information about how genes in a particular cell or tissue of an organism respond to toxic substances.

In a process called “high-throughput screening” (HTPS), toxicogenomics can be used in robotic systems to test thousands and thousands of samples daily, replacing the need to conduct large numbers of experiments on animals.

Dr Roland Buesen, a specialist in experimental toxicology and ecology, recently published a report Applying 'omics technologies in chemicals risk assessment: Report of an ECETOC workshop. In the report, Dr Buesen talks about the promise of ‘omics in generating comprehensive toxicologically relevant information on molecular changes in cells and tissues more quickly, more accurately and with less resources than ever before.

Before this novel methodology can be used and become best practice in regulatory environments, it must first be validated. Further, our current lack of experience in how to interpret and assess big data limits our ability to apply ‘omics technologies in regulatory toxicology assessments.

Another area the APVMA is keenly watching is the development of in silico (computational) models and read-across (read-across is the ability to extrapolate assessment data from one chemical to the assessment of other chemicals with similar structures) approaches to chemical toxicity screening.

The sheer effort involved in researching new chemicals, which can take years and cost millions of dollars, has hastened the development of this technology as an effective and inexpensive alternative to animal testing.

The new technology is appealing because, as our understanding of the toxicity of chemicals of known structure increases, we can apply that knowledge to consider quantitative structure-activity relationships (QSARs) and adopt read-across methodologies.

Despite good progress made, barriers remain to this technology’s adoption for regulatory assessments.

Human organ-on-a-chip technology allows us to use things that mimic peristalsis in the gut or the inflation/deflation of lungs using various vacuum operated systems.

Before the technology can be adopted, standard procedures need to be developed, validated and become widely accepted.

These alternative technologies, while promising, as we’ve seen come with their challenges and barriers that will need to be explored by regulators and industry together.

That said, we are on the brink of entering a new era in regulatory hazard and risk assessment. 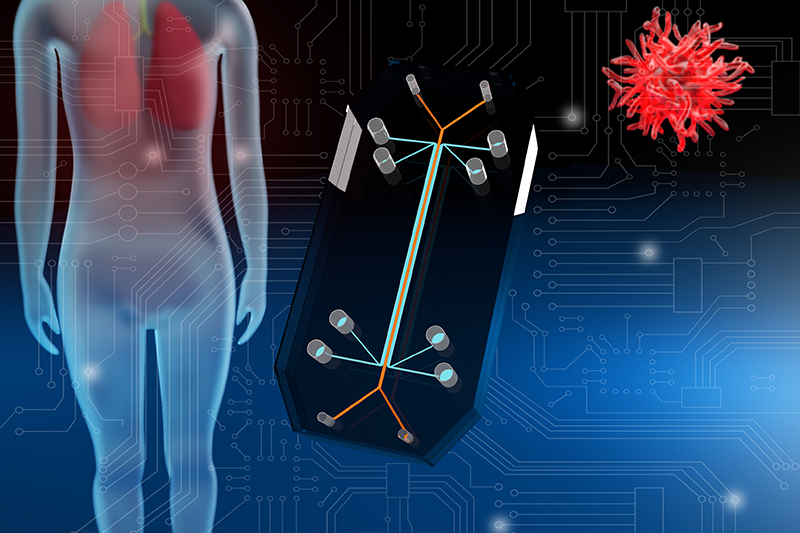